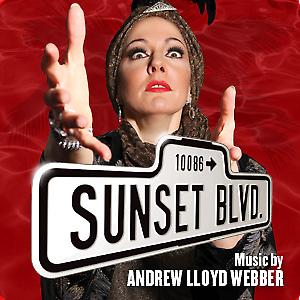 Hollywood has a reputation of creating new stars, throwing them into the spotlight, and then casting them aside. Sunset Boulevard tells the story of a faded star and her desperate attempts to claw her way back into the limelight. It’s a wonderful story full of great music, performed well by Minneapolis Musical Theatre, and yet I hesitate to recommend it.

The stage musical is based on the 1950 movie, adapted by Don Black and Christopher Hampton, set to music by Andrew Lloyd Webber. Sunset Boulevard centers around Norma Desmond, a megastar of the silent movie era, whose glory faded with the arrival of ‘talkies’. For twenty years she locks herself away in her mansion, with her servant Max, until the day that a struggling writer, Joe Gillis accidentally stumbles across her home. In Joe, Norma sees hope for a comeback; in her mind, she has thousands of fans just waiting for her triumphant return. Norma can’t accept that her glory days are in the past, and Sarah Gibson portrays Norma as both laughably out of touch and touchingly relatable… and her singing is fantastic.

The rest of the cast does a great job, too; Tim Kuehl‘s Joe is a little cynical, a little desperate, and very funny. The ensemble works together as a cohesive chorus, but its members are unique enough to be interesting, and Aly Westberg is an energetic, earnest Betty Schaefer, Joe’s colleague and potential love interest. And if Christian Unser‘s Max had trouble clearing the high notes in his solo, “The Greatest Star of All”, well, he did clear them, and the song does have an incredibly difficult musical range.

But, as I said, I hesitate to recommend this show. The problem is not in the cast or in the musical itself, but in the production. Artistic Director Steven Meerdink faced a significant challenge in translating the glitzy, big-stage extravaganza into a scaled-down production for the New Century Theatre‘s smaller space, and some of his tactics don’t work so well. Two projection screens on either side of the stage are meant to elaborate the setting, showing, for example, the exterior of the building the scene is in; at times, one screen also shows a live feed of Norma’s musical numbers, as filmed by another cast member on stage. The still images seem unnecessary; the props change enough for the audience to understand where the scene is, and the live feed of Norma singing is distracting; in such a small space, nobody needs a close-up to see the singer’s face the way you might at a concert in the Xcel Center. Furthermore, the camerawork isn’t top-notch and the colours were off, which means the audience sees Norma from unflattering angles, looking whiter than a ghost.

The sound mixing was a little off for the first act, with the orchestra overpowering the singers at times — this was better by the second act, which suggests opening-night wrinkles. Fine. But the lighting wasn’t great, including the fact that the first two rows of the audience were lit up as well as the stage; distracting, for everyone sitting further back. Finally, after the show’s end, as the cast finished taking their bows, a cast member stepped forward, waited for the applause to die down, and then informed the audience, in detail, about all the shows that will be performed next season. As a matter of personal taste, I don’t like this approach (particularly when the program comes with a giant colour insert with all this information printed in it), but I think that, if it must be done, it ought to be done before the show. Coming at the end, it interrupts the natural flow of things, and when it is delivered by a cast member, it breaks the illusion. But perhaps worst of all, it means that the thing I remember leaving the theatre is not that dramatic last scene, or that really catchy group number, but an unnecessary advertisement.

Although my last two qualms have nothing to do with the production itself, I have to mention them, because the physical environment is part of any theatre-going experience. The risers in New Century Theatre are not particularly steep – this means they are easy to climb, but it also means that if you are stuck behin someone tall, as I was (and I’m 5’9″), you may spend most of the show craning your neck from side to side to catch all the action. Secondly, there was considerable difficulty getting to our seats. We had to wait three minutes for a volunteer usher to take us directly to our seats, and then we spent 5 minutes following her around as she was unable to locate our seats — a problem I eventually solved myself by asking other patrons already seated to compare their tickets to mine. Perhaps another opening night kink to work out, but an important one.

Overall, Sunset Boulevard has a strong cast to sing its catchy tunes and tell its sometimes comic, sometimes heartbreaking story, but there are some serious flaws in the production. If you aren’t bothered by those sorts of things, then go on, lose yourself in the glitz and drama of Hollywood.

Back to AisleSay Twin Cities

One thought on “Sunset Boulevard”