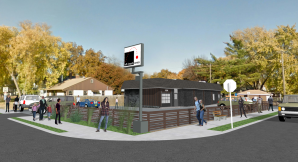 Spontaneous Productions is a new performance collective staging an interactive event at Off-Leash Art Box. Committed to creating experiences of immediacy, the collective has structured the event to be part writing and part acting. Writers are invited to generate short solo performances pieces from a prompt to be performed the same night by actors.

In the spirit of breaking the ‘fourth wall,’ anyone can write to the prompt or perform a piece. A selection of generated shorts will be provided to actors to perform. This unique improvisational event is an opportunity to have your work interpreted instantly, or to act out a part generated the same night.

If you’re interested in participating in the Spontaneous Productions events, RSVP to: gerran.firkus1@gmail.com
Specify in the message if you wish you write, act, or both.